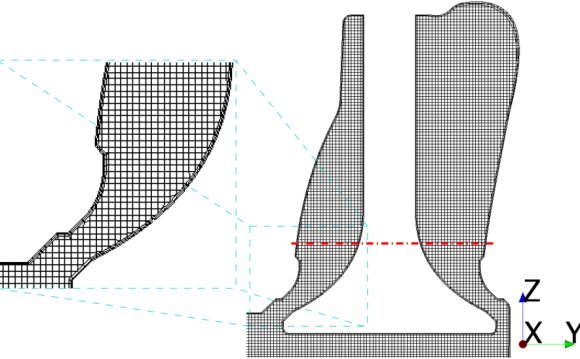 I'm the Engine and Drivetrain Design Lead for my Formula SAE team so I have a lot of new members asking me how to learn more about engines so they can get involved with the technical parts of design. This is the progression I recommend to them.

The first step is to get familiar with the basic workings of engines. Understand the components, the parts of the 4-stroke Otto cycle, the diesel cycle, and some of the basic principles at hand such as compression vs spark ignition. I'm sure that there are good books on this but I haven't found one comprehensive tome to reccomend. I usually suggest turning to the internet, most notably the How Stuff Works pages on engines. I confess; I largely do this to separate the truly interested from the people who'll drop off. Formula SAE requires a lot of self-motivated research to do good design and if someone can't search out the resources to understand basic engines usually they don't do so well on the team and will lose interest before they can be of good use to us. So I apologize if this isn't the best way for you to get caught up.

Before I talk about books, a few notes on the best way to read through these. The first step is to photo copy or print out the nomenclature section, especially for Blair's book. Keep a physical copy on hand to refer to while you're reading through equations. These books will declare a variable and then refer to it throughout the rest of the text, most often not referring to what it is. So you'll have to look them up. Try to understand the equations as you read through them but you won't be able to perfectly sort them out. Focus on how different variables relates, such as linear, exponential, inverse, etc. Understand how the equations were arrived at but not necessarily how to solve them. Also, take notes. Get a composition book or something and just jot important concepts and page numbers down. It'll help cement the concepts by making you a more active reader and will act as a study guide to refer back to, a quick reference if you will.

After someone has the basics down, the next book I turn them towards is A. Graham Bell (no relation to the telephone guy) Four-Stroke Performance Tuning. He has other books on turbocharged applications, two-stroke tuning, and the like but since we deal with four-strokes this is what we start on. This book does a good job of uniting practical real world concepts with the theory behind them and will get you started on the path of thinking about engines from an engineering, scientific background. There are some good diagrams and cutaways and it's relatively comprehensive, covering the entire engine, intake, and exhaust. There are some sections that you'll have to reread a few times, especially where equations are concerned, but this book is relatively intuitive.
The next book is Blair's Design and Simulation of Four Stroke Engines. This is an industry standard that deals primarily with scientifically tuning an engine. As the title suggests, it deals with simulation which requires an engine designer to characterize an engine. Some notable topics here are gas flow through the engine, discharge coefficients, and pressure waves in the intake and exhaust. This book is loaded with equations and will be much more of a scientific read. Be prepared to treat it like a textbook. Note: I've found some errors in his piston motion equations and am not aware of published errata for this book.
The last book may sound like an introduction based on the word 'fundamental' and it is, in a way. While Blair's book is the culmination of tuning, characterizing, and simulating an existing engine Heywood's book is more the first step in designing an engine from scratch. I personally have not delved deeply into this book, though I'm slowly working my way through it as it becomes more relevant. This book deals with much more internal combustion principles such as flame front, pressure traces, and the like. If you get through this book and understand most of it you'll be really far ahead of the curve on internal combustion. Basically, Bell's book is basic undergrad level knowledge, Blair's book is upper undergrad and masters level knowledge, and Heywood's book is starting to get into PhD level knowledge.