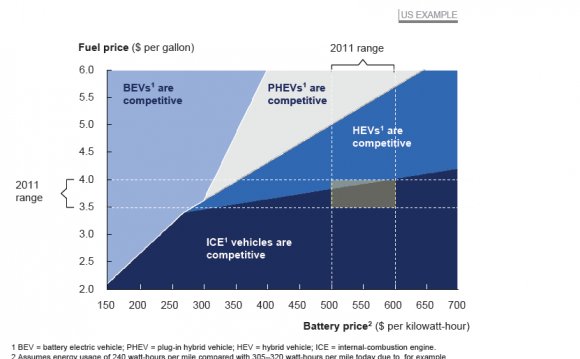 By now, I guess that everyone in the world has heard of how Volkswagen cheated consumers by falsifying the results of the emission tests from their diesel engines. It is a true witch hunt unleashed against Volkswagen. Maybe there are good reasons for it, but I think it is also something that should be taken with caution. A lot of it.

I have been a consultant for the automotive industry for some 20 years and I think that I know the way they operate. And I can tell you that they are not equipped for "cheating", intended as willingly ignoring or breaking the law. They just don't do that, they understand very well that the result could be something like what's happening to Volkswagen nowadays; something that could lead to their end as a car manufacturer. On the contrary, carmakers tend to be extremely legalistic and apply to the letter the current laws and regulations.

This said, it is also clear that car makers are there to make a profit and their managers are supposed to "get results". So, if the laws and the regulations are not clear, or do not explicitly say that something is forbidden; then, if that something is supposed to provide some advantage to the company, it may be done.

So, if cheating is so diffuse, why was Volkswagen singled out in this scandal? Maybe they were doing something especially bad, but I would be surprised if they were to turn out to be the only ones using the trick they have been accused to use for hiding nitrogen oxide emissions. Besides, I am sure that, before doing what they did, they checked with their legal department and got some kind of green light: possibly reasoning that if it was not explicitly forbidden it was not illegal. Anyway, I leave to conspiracy theorists the obvious implications that could be derived from this story.

Rather, I would point out something that I learned in my work with the automotive industry. It is that the story of pollution abatement in internal combustion engines is a good example of the diminishing returns of technology. And not just that, it also illustrates very well how good intentions can easily conflict with reality and actually backfire.

It is a long and fascinating story that, here, I can just sketch it in its main lines (*). Anyway, the concept of "pollution" became popular in the 1970s and it quickly became clear that a major culprit were the emissions from car engines. That led to a major debate: some thought that it was necessary to get rid of internal combustion engines and replace them with electric motors, others that it was possible to reduce pollution from engines to acceptable levels. The latter position won (do you remember the "who killed the electric car" movie?) and that led to a long series of legislative actions, especially in Europe, aimed at the development of less polluting and more efficient engines. On the whole, the results appear to be good (see, e.g. here).

However, what the Volkswagen scandal tells us is that, likely, most of the recent improvements may have been obtained, if not by cheating, at least by a creative interpretation of the rules. An especially telling point, here, has to do with the specific point that led to incriminate Volkswagen: the abatement of nitrous oxides. The problem is especially nasty because it arises from conflicting needs. One is of having low pollution, the other high mileage. To have high mileage, you need to increase the efficiency of the engine, and this can be done using diesel engine instead of the conventional gasoline engines. Diesel engines work at higher temperatures and pressures, and that makes them more efficient. But that makes them also produce more nitrous oxides. It has to do with the thermodynamics of combustion and you should know that if you try to fight thermodynamics, thermodynamics always wins. The problem is basically unsolvable, at least at costs compatible with the price of a normal car. And when you face an unsolvable problem, often the reaction may be to cheat. This is, evidently, what happened with the automotive industry and the results have been exposed by the Volkswagen scandal.

But, if it is true that we cannot win against thermodynamics, it is also true that we don't need to fight against it. A battle against the combustion engine was lost in the 1970s, but the war can still be won: the electric car is making a spectacular return. Electric motors do not produce any gaseous pollution, they are much more efficient than internal combustion engines, and, in addition, they are compatible with renewable energy. What can we ask more? This time, let's try to avoid the mistakes we made in the past.