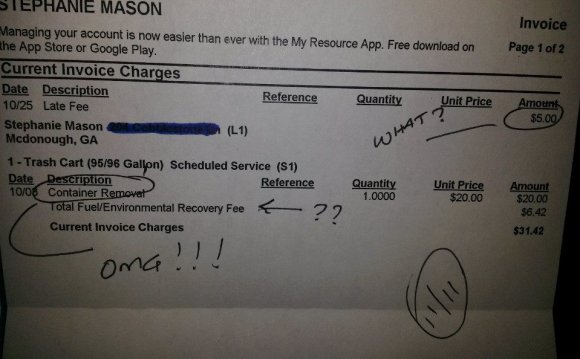 Had a interview with Republic in June for a position with the maintenance manager and discussed the job and 2 weeks later he called me back saying that he wanted to further pursue with me. So I met with him and we came to a agreement on what we both wanted out of each other. So the day before my start date he calls and tells me to be at work in the A.M. for training. After my day of so called training he tells me to report to work the following day in the evening which is not what we had agreed upon but didn't bring up the issue.

A few weeks go by at work and I start finding out from employees and backup union steward that were never told to me in my interview that on holiday weeks we get the holiday off but work that following Saturday. Again no big deal. Extra overtime. There was a sign on bonus given for my position. A total of $3000. $500 given @ 30, 60, and 90 days then the remainder given upon 1 year service. Explained to me just as I stated then asked if any conditions were on the bonus as to which I was told none. It was given for time period of position being open.

On a day I had work I woken with a severe migraine for which I am on prescription medication for but was out due to lapse of insurance. I was unable to report to work so I had called my manager well before the time period the union contract asks for. I was told I would lose my bonus for taking a sick day for which was news to me. A few weeks go by and I am on lunch and the union steward asks me how I'm liking the job and I had told him it wasn't bad. Just got blindsided by a few things I wasn't told prior to hiring.

That following Monday comes around and the manager pulls me aside and asks if I could do my job a little faster like the previous guy. As I reply "yes I will do my best" seems as I have 3 screws in my foot and not even a year since I had surgery and when you're on your feet all day with a injury like that anyone knows it's not fun let alone lifting semi tires on top of that. About a week goes by and I am pulled aside and asked if I am looking for another job and I reply "no". The manager continues to say "if you are I'm not upset" and "what you do on your own time is none of my business."

A few days following that talk the night shift supervisor tells me I "need to work on getting my times faster." I get called in the office about a week after that and I am written up for not following job description and my union steward is right there with nothing to say. Now 3 to 4 weeks later I get called in the office again because the manager is a cussing me of not properly torquing wheels on a truck which they did not fall off. Apparently did damage to the wheels. Just the rear drive axle and not the front. And he had print out every truck I did that specific day but no other truck had problems and nor can he prove I didn't do my job and told him to look back on the security camera to see I had done my job.

Meanwhile the same low life steward sitting there with his mouth shut nothing to say whatsoever. Not to mention a fellow employee forgot to torque a wheel on a truck and fell off while the truck was on the road and he wasn't terminated. On top of that a different employee accidentally damaged a truck causing the company $5000 or more and was suspended for 3 days and his suspension was over him falling off a rolling ladder 2 day's after damaging a truck so he had 2 write ups within a week. Now you tell me how a company can write you up for getting hurt even when you followed all safety rules.