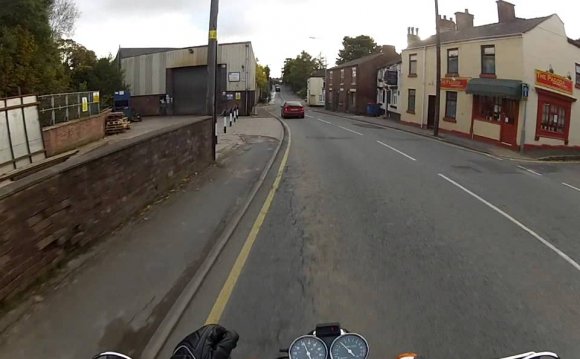 In this post i will explain and show how a four stroke engine works. Although it seems like a very complicated machine it is actually quite simple – it relies on some of the basic laws of physics and works on the interconnection of some very simple mechanisms.

The four stroke engine is undoubtedly the one we use most during our everyday lives. It is used in most automobiles as it has high efficiency and high power. The diesel engine is used for more robust tasks such as transporting goods and people as it has more pulling power and higher torque.

To start it is probably best if i show you some of the basic components of a four stroke engine, while these are some of the main components there are a small few missing, but this schematic will do for our purposes –

You will also need to take into consideration the relationship between the two pulleys.

As shown in this picture they are set at a ratio of 2 to 1, that is, one revolution of the camshaft pulley (at the top) equals two revolutions of the crankshaft pulley (at the bottom). This ensure that all of the parts are timed properly and do not smash into each other while the engine is operational, you’ll understand this fully very soon.

As the name implies it works on four cycles – induction, compression, power and exhaust,

or for an easier way to remember it – suck, squeeze, bang & blow.

The induction cycle is where the fuel and air mixture is sucked into the cylinders by the motion of the piston. The mechanics of the engine has opened the inlet port at the top of the cylinder, this allows the fuel air mixture in, the port has been opened by the camshaft. The piston is an airtight seal inside the cylinder, so when it moves downwards it creates a partial vacuum inside the cylinder which sucks the fuel and air mixture in. The fuel/air mixture is usually at a ratio of between 15:1 or 18:1, ie. 15 parts of air to one part of fuel for a typical 4 stroke gasoline engine.
During all four cycles there is a complex movement of all of the components of the engine, these are best explained in a video at the end of the post so i will not get into them here as they are easier to understand when seen.

How a Two Stroke Engine Works by Mount Motor