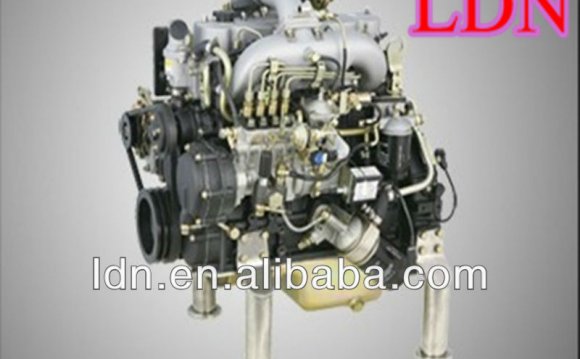 Rudolph Diesel was born in Paris of Bavarian parents in 1858. As a budding mechanical engineer at the Technical University in Munich, he became fascinated by the 2nd law of thermodynamics and the maximum efficiency of a Carnot process and attempted to improve the existing thermal engines of the day on the basis of purely theoretical considerations. His first prototype engine was built in 1893, a year after he applied for his initial patent, but it wasn't until the third prototype was built in 1897 that theory was put into practice with the first 'Diesel' engine.

The Diesel cycle is the cycle used in the Diesel (compression-ignition) engine.

In this cycle the heat is transferred to the working fluid at constant pressure. The process corresponds to the injection and burning of the fuel in the actual engine. The cycle in an internal combustion engine consists of induction, compression, power and exhaust strokes.

The induction stroke in a Diesel engine is used to draw in a new volume of charge air into the cylinder. As the power generated in an engine is dependent on the quantity of fuel burnt during combustion and that in turn is determined by the volume of air (oxygen) present, most diesel engines use turbochargers to force air into the cylinder during the induction stroke.

From a theoretical perspective, each of the strokes in the cycle complete at Top Dead Centre (TDC) or Bottom Dead Centre (BDC), but in practicality, in order to overcome mechanical valve delays and the inertia of the new charge air, and to take advantage of the momentum of the exhaust gases, each of the strokes invariably begin and end outside the 0, 180, 360, 540 and 720 (0) degree crank positions (see ).