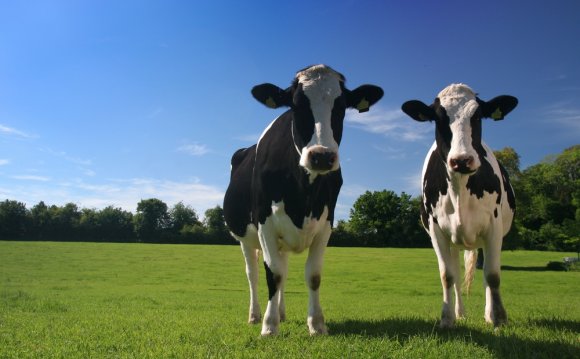 Bryan Thill set his sight on raising beef cattle while he was yet in high school. But growing up on 3 acres with no natural prospects of getting either cows or land, Bryan had to be creative to live his dream.

Luckily, he found a spouse, Amy, who shared his hopes. Today the Thills, now only in their mid-30s, own 80 beef cows and 235 acres of grassland near Pleasantville, Iowa. The course they followed to build a herd shows a carefully charted journey marked by well-placed steps.

Here’s how they started their cattle farm from scratch.

Amy’s interest in cattle came from growing up on a farm that produced grain, hogs, and fed cattle. Both she and Bryan looked for a marriage partner with similar interests.

The down payment on the property came from money they’d saved, with the balance of the purchase covered by a loan from a creative commercial lender interested in helping young people get started.

“All of a sudden, we had a pretty young herd, ” says Bryan.

Livestock farming sheep in the city