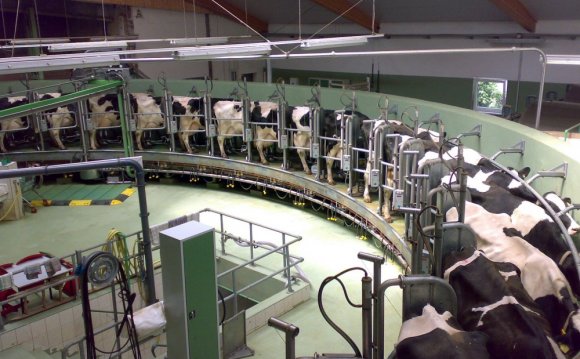 To maintain the prestige and reputation of the Unity brand of products through quality control of all aspects of butter and later milk and cheese production, a laboratory (Science Building) was constructed at the Toowoomba factory in 1936. In 1938 the Co-operative gained exclusive right to the distribution of pasteurised milk in Toowoomba, and new facilities were constructed at the Toowoomba factory to handle milk pasteurising and bottling. In 1939 the Co-operative centralised its entire milk supply at Toowoomba, enabling more efficient cheese production, leading to unprecedented growth in the region and to further extensions to the Toowoomba factory, completed in 1940.

World War II (1939-1945) placed tremendous demands on Australian primary production and with the arrival of thousands of American troops in south-east Queensland the Darling Downs experienced marked growth in butter and cheese production and in demand for whole pasteurised milk. Milk production levels were sustained in the post-war years, with milk from the Toowoomba factory transported by rail as far west as Quilpie and Cunnamulla while new bulk road transports supplied the Brisbane market. The Co-operative continued to expand and in 1953 a new plant for the concentration and drying of milk products was opened.

The Downs Co-operative Dairy Association benefited from its close association with two prominent figures in the Australian dairy industry during the first half of the twentieth century: James Purcell and James Henry Cecil Roberts. Through these men the Co-operative influenced dairying policy at state and national levels.

Purcell was a leading figure in the Australian dairy industry, serving as chairman of the Commonwealth Dairy Produce Equalization Committee between 1934 and 1950. In 1904 he helped to form the Downs Co-operative Dairy Company (later Association) and remained a director until 1932. He was chairman of the Association in 1912-1917, 1918-1919 and 1920-1932. Purcell played a major role in the formulation of state, federal and empire/commonwealth dairying policies throughout the first half of the twentieth century.

Roberts was a director of the Downs Co-operative Dairy Association between 1932 and 1942 and chairman of directors for four years. He was prominent in Queensland's political and economic history, being an important anti-labor figure. He founded the Darling Downs Farmers Union in 1911 and was one of the founders of the Queensland Country Party in 1936.