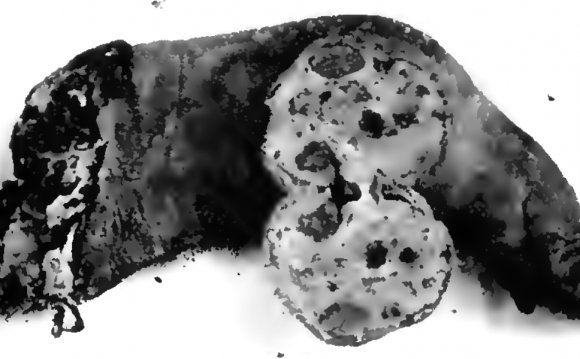 Bacteria are single cell micro-organisms which can only bee seen under a microscope. There are typically 40 million bacteria cells in a gram of soil. Bacteria come in a range of shapes from rods to spheres and may occur singly or in clumps.

Bacteria are not necessarily all bad, “good” (useful) bacteria are required to make yogurt and cheese and are used by ruminant animals.

Examples of diseases caused by bacteria are Brucellosis, Mastitis and Anthrax.

Viruses are small infectious agents that replicate and live only inside living cells of organisms. There are millions of different types of virus. They are usually more susceptible to changes of conditions than bacteria; they are readly killed by ultra violet light, drying out in the open and bleach.

Other causes of disease

Other causes of disease are accidents, changing environment such as excessive heat or cold, intake of poisonous plants, mineral and vistamin deficiencies and parasites.

A parasite is an organism that spends all or part of it’s life on or in a host animal from which it obtains it’s food. The animal gains no benefit from the parasite, can suffer loss of condition due to the parasite and damaged tissue may become infected with bacteria.

Internal parasites include roundworm, tapeworms and flukes which respond to worming tablets (antihelminthics). The worms can be controlled by rotating and resting pastures. Flukes are transmitted by snails, but they infect all domestic animals especially sheep and cattle. Preventing animals drinking from swamps and streams lessens the chance of picking it up.

External parasites such as insects, mites and lice all live on the outside bodies of animals. They can cause direct harm to the animals, irritate the skin and transmit infections.

The Tsetse Fly is the most serious of all the cattle pests in the tropics. It transmits Trypanosomiasis known as sleeping sickness in humans. The testse fly sucks the blood of the cattle transferring the parasite from cow to cow and spreading the disease further.

The disease in cattle is a wasting diesease that is nearly always fatal. The symptoms in cattle are fever, loss of condition, anemia and loss of tail hair. The joints also become swollen and sore.

The breeding place of the Tsetse fly is usually the forest as the cool, damp shady conditions favour it.