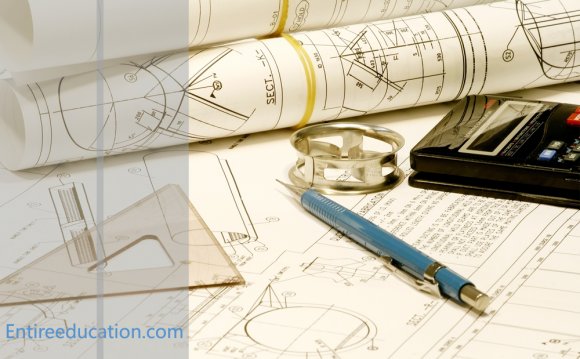 The following is a brief narrative of major developments that led to the current CIGR organization.

1.1. Background: Agricultural Engineering in the 1930s

In the 1930s, Agricultural Engineering generally played a marginal role in Europe, although this varied from country to country. Various new machines had been developed or improved for agricultural use in the course of the preceding century, but despite the importance of agricultural engineering for the primary sector, development was still slow and limited in scope. The design of agricultural machines and buildings was based on skills and accumulated experience rather than co-ordinated scientific research. The same applies to post-harvesting technologies and greenhouses as well as ergonomics, safety and work organisation. Environmental protection and sustainable land development did not become subjects of scientific research until much later.

To foster the international co-operation of researchers and to combine it with a concern for positive physical work conditions in farming and in rural activities, the International Commission of Agricultural Engineering was founded in 1930 in Liège, Belgium, by a small group of farsighted European agricultural engineering scientists from Belgium, France, Germany, The Netherlands, Spain, Switzerland, and the UK. According to the report of this "Congrès International du Génie Rural", the Constitution of the International Commission of Agricultural Engineering was declared effective on August 5, 1930 at 11:30 A.M. in the Academic Hall of the University of Liège.

In the Founding Declaration of 1930 it says:

"Considering the necessity of a coordination of the works or applications in the technical sciences, building arts and mechanics in agriculture, the whole designated by agricultural engineering, the International Congress of Agricultural Engineering decides to found the INTERNATIONAL COMMISSION OF AGRICULTURAL ENGINEERING, abbreviated CIGR, independent from all other similar institutions, disposed to work in close collaboration with the existing International Institute of Agriculture in Rome and with the International Labor Organization in Geneva".

The main role of CIGR was summarized in three words: liaison, coordination and initiative.

On this basis, the founding congress made a first attempt to develop an agricultural engineering curriculum to combine research and activities from various branches of study in the interest of further international progress. It defined areas on which the work of CIGR should concentrate in its four Technical Sections:

The scientific problems in the scope of agricultural engineering were few and relatively simple, and the main field of research in agricultural engineering in the 1930s was tool implementation in agriculture. Farm machinery, adapted mechanics, machine testing and standardization became main subjects while scientific labour organization strongly accentuated attitude, living and health conditions in all human work.

When the role of the CIGR was defined as liaison, coordination and initiative, this was in reaction to a number of shortcomings and challenges which agricultural engineering had to face at the time. The principle of liaison was a reaction to the fact that most specialists stilled ignored their neighbours' work and cultivated a lack of trust in other professionals. A closer coordination of research and co-operation in all projects was necessary to highlight the importance of the agricultural engineering discipline within the specific education programs of agronomists. CIGR decided to act and to take the initiative in these areas. A reciprocal exchange of information and of practical and experimental results had to be encouraged and realized among agricultural engineers worldwide. Society development needed co-ordination and co-operation.

Although the activities and objectives of CIGR were relatively circumscribed at the time, the organisation of international agricultural engineering congresses at intervals of five years was a basis for the development of a strong international community of agricultural engineers. Five years after the Foundation Congress in 1930, the II CIGR World Congress in 1935 in Madrid, Spain, discussed subjects from the four areas defined in 1930. Attracting a few hundred scientists and technicians, it was the second in a series of regular CIGR World Congresses which continues to this day, although World War II cancelled the III CIGR World Congress scheduled to take place in 1940 in Italy.

After the human and material catastrophe of the World War II, agriculture was only one area in which an immense rebuilding effort was necessary. Demography was seriously affected, distorted economies had to be reoriented, and societies had to sprout again. Farm materials and equipment had to be rebuilt, renewed or even created. It was necessary to provide for the population's needs as fast as possible.

Although all contacts between CIGR members had been cut off since 1939, CIGR reorganised soon after the war. The first post-war CIGR International Congress was held in Rome in 1951, but the documentation of administrative meetings of CIGR reaches back at least to October 1946.

From the end of the 50s, once the problems of the post-war period were concluded, the sector experienced considerable and unexpected growth which led to a gradual upturn in CIGR's membership which made it necessary to modify and expand the underlying structure. CIGR needed to become a truly international association, with a progressive and greater involvement of extra-European countries from all continents.